I’m at the GNOME Development Experience Hackfest in Berlin, and one of the things that I wanted to target during these days was to keep on looking at how we can enable different profiles in Devhelp.

As you probably know, Devhelp will show you the documentation of libraries installed in your system (usually only if you have the -devel or -docs package of the library installed). While this is already enough for most users, there is also the case where a developer wants to target a different version (older or newer) of the library than the one installed in the system.

A typical case for this is developing applications using GNOME’s jhbuild infrastructure, targeted either to a given GNOME release or to git master of the involved modules. In this case, if you want to use new methods of let’s say GTK+, you usually end up needing to fire up a web browser and looking for the latest GTK+ documentation either in developer.gnome.org or in your jhbuild’s ${prefix}/share/gtk-doc/html directory.

In order to avoid this, I’m prototyping some ideas to let the users switch between different profiles, e.g.:

The most challenging case is probably the last one, given that it would require some extra work in the website in order to make sure the documentation tarball is generated and published in every new release, plus of course client-side management of these downloaded profiles in Devhelp.

For now this is just a basic set of ideas, the final result may or may not be similar; we’re of course open to suggestions!

Finally back home after attending GNOME.Asia 2012 and some vacation time afterwards. 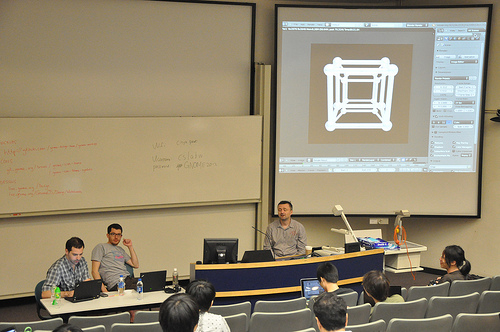 The conference started on Friday afternoon, with a design workshop managed by Allan Day, Jakub Steiner and William Jon McCann. It was pretty interesting, truth be told, and I particularly enjoyed how Jakub played with Inkscape to create the icon of “GNOME Ball” (now we just need a program for the icon). I truly want to spend more time with Inkscape now, and try to draw something better than my previous attempts to draw an icon/logo.

I gave two talks during the first day of the conference, one about Tracker (slides here) and another one about ModemManager (slides here). The talks were recorded, but official videos of the talks are not yet available on the Internet. 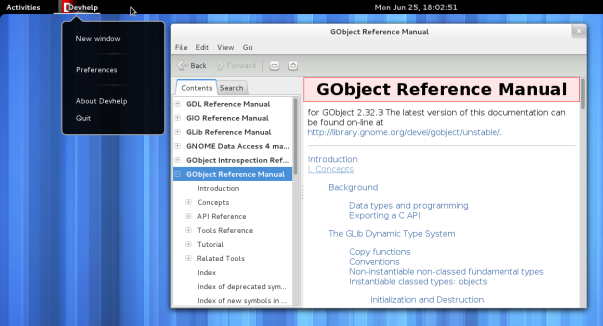 Thanks to the usual jet lag, I also found time to develop the application-menu support for Devhelp during my stay in Hong Kong. The code is currently available in the ‘application-menu’ branch in the gnome git repo, and tracked at GB#677927.

Finally, thanks to my employer, Lanedo GmbH, for sponsoring my attendance to this great conference!

So, starting on April 1st (not a fools’ day joke!), I’m now employed by Lanedo GmbH, and full-time working on the Gnome Tracker project, mainly involved in FTS and the filesystem miner.

It was great to work with everyone in Azetti Networks. Keep Jardin and Waterfall alive!

I also hacked a new feature for Gnome Devhelp, the possibility of enabling or disabling specific books, which was integrated into git master last week, and will make it for the 3.0 release.

Oh, and I’ll be attending both the GHM and GUADEC in The Hague!